Laser printers are more common than ever nowadays. Once only being used for small business, now they are invading the home office space. Their precision printing and long lasting toner has made the world of printing a more efficient place. It is important to note that these printers stand-alone would not be useful at all. They need a printer driver . Well, everyone knows that right? Of course, but they do not know that laser printer drivers are the true focal point between the computer’s operating system and the actual laser printer itself. 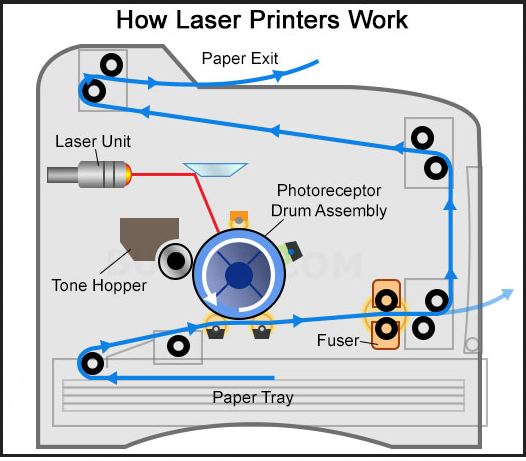 Laser printer drivers are encoded software drivers that are installed onto a computers hard drive. Many of these drivers are packed along with the purchased printer, but they can also be obtained online through the manufacturers website. You can do a simple search for the drivers. Make sure you know the make and model of your printer, and also the version operating system that you are running.

Once you install the drivers from a compact disc or the website, the printer will be plugged into the computer via USB. Your computer will recognize your printer as a new device and will prompt you that the drivers have been installed correctly. After the installation of the laser printer drivers, these commands are incorporated into the computers operating system. It is then put to work by communicating the data to be printed to the printer. This can be word documents, pictures, and other printable formats such as pdf. Sometimes things are not always that simple though. There are some common errors that occur when installing laser printer drivers.

1. The wrong printer driver is installed.

2. The printer is plugged in before being prompted by the installation wizard.

The first common error is that the incorrect laser printer driver is installed. This will result in miscommunication between the computer and your laser printer. Your documents will not print, or your computer will not detect the printer you have connected.

If you computer is running a lot of tasks while you are installing your printer, it could create a software miscommunication and result in your printer drivers needing to be reinstalled. If that is the case, make sure to erase all of the remnants of the previous reinstall, restart your computer, and reinstall with no other programs running in the background. Once you have reinstalled the correct laser printer drivers, your printer should be detected and in some cases will print out a test page that will show that it is working properly.